If you know anything about broadcast audio, you know Wheatstone. Even if you’re new to broadcasting, if you listen to radio or watch television, you’ve heard sound that goes through our products. And if you’ve been around for awhile, you may even have seen us at concerts, in music stores, or anywhere audio was happening. We were the guys at the hardstore stopping mid-aisle to turn an ear to the music being played over the PA system. And yes, that could have been us in the car next to you belting out lyrics while playing the air guitar. We’ve always been serious about audio.

We’re musicians and broadcasters and audio engineers. We’re audio enthusiasts to the very core and we’re totally committed to an idea that we call the Wheatstone project.

What started out as a console project in an old carriage house in rural Connecticut is now just about the biggest deal in console design and studio IP networking. At that time, our President and CEO Gary Snow, who is, predictably, a big-time audio enthusiast and has played in a few bands in his day, had been making small mixing boards for bands and production houses under the Audioarts brand name. His first multitrack console soon followed, going by the project name  “Wheatstone.” (For the curious, it was named for the Wheatstone Bridge, an electronic measurement device that symbolizes both precision and balance to an engineer.) The Wheatstone project has since made sweeping changes in the way stations operate and the way broadcasters think over the past 35 years -- it’s an idea that’s bigger than the sum total of our studio and audio processing product lines and even our 52,000 square-foot factory in New Bern, NC, that contains them all.

If you ask our friends and customers about Wheatstone, they’ll probably tell you we make serious on-air and production control surfaces for radio and television, including Audioarts mixing consoles, Pacific Research and Engineering mixing consoles, VoxPro audio editing systems, not to mention some pretty cool IP networking and routing systems and the one and only 31-band spectral audio processor for radio. But we know better. We’re the keepers of an idea that encompasses great design, great manufacturing and, yes, even a bit of heavy metal. We custom build and machine every single one of our consoles. We machine all our own console faceplates and mainframes from the best metal, make our own parts to exact tolerances whenever possible and use the very latest surface mount technology for zero defects all the time, every time. No second sourcing, no outsourcing, no exceptions.

When it comes to broadcast audio, sure we’re a little out there. But so are most of our customers who demand the very best in audio control and routing.

Read more
Name, A to Z 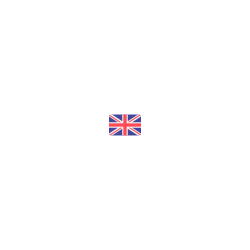 €3,365.55 €3,739.50
-10%
Conserve studio space, not studio capability. The AIR-1 is our most capable standalone console in a compact footprint yet. It fits anywhere your laptop computer does for on-air, production, podcasting or remotes. The...
Add to cart
Quick view
Add to wishlist
Love
Add to compare

€6,500.25 €7,222.50
-10%
The AIR-4 is based upon a simple premise: Low cost does not have to be synonymous with low quality. The AIR-4 has four microphone preamps built in. This allows the use of a host microphone and three guest microphones...
Add to cart
Quick view
Add to wishlist
Love
Add to compare

€6,932.25 €7,702.50
-10%
AIR-5 builds on the AIR series by Audioarts with USB input/output connectivity. Play audio directly from the PC or output audio to PC recording software as well as play cuts from MP3 players. The AIR-5 has four...
Add to cart
Quick view
Add to wishlist
Love
Add to compare

€2,079.00 €2,310.00
-10%
The 08 is designed to be the best-in-category mixer for small market broadcasters - whether they operate out of studios or bedrooms. Small in size and price, big in usefulness, this console is ideal for LPFMs,...
Add to cart
Quick view
Add to wishlist
Love
Add to compare

€7,227.00 €8,030.00
-10%
Audioarts Lightning comes in 12- or 16-channel tabletop configurations and has a modular design with four channel input panels, and a Master/Monitor panel with linear faders for headphone and control room level...
Add to cart
Quick view
Add to wishlist
Love
Add to compare
Showing 1-5 of 5 item(s)